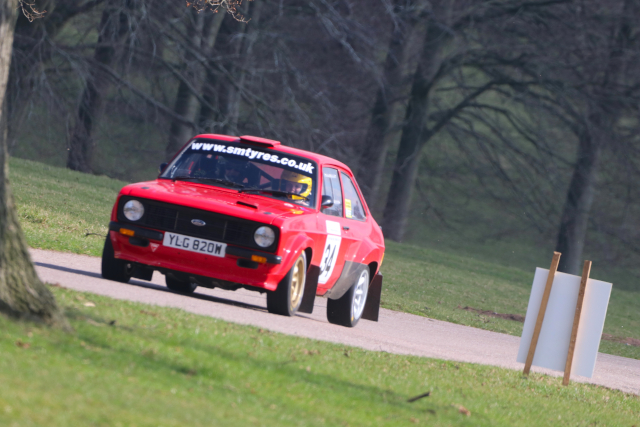 The young Welsh driver was never out of the top 10 overall all day holding fourth until he spun on stage four. He recovered to retain fifth overall for the last four stages.

Ian/Oliver Hucklebridge were Morgans closest rivals in Class D. They struggled to break into the top 20 early on, but Ian was first admit it took a while to get up to pace. “We had a much better second half. It was just me getting used to the new car and felt much better by the end,” he said after taking 15th overall.

There were three other HOE crews in Class D, with Graham Davies/Gary Powell’s Talbot Sunbeam picking up third and Anthony Deignan with son Kirun fourth in their Skoda VRS. Deignan admitted to one dramas, “we hit a large bale in the courtyard with the rear corner,” he said. Michael Bowle/Izzie Lawrence’s 2.4 litre Renault Clio was fifth.

Mark/Claire Lennox’s Escort Mk2 set the pace in Class C and were in the top 20 overall all day too. The brother and sister crew pointed out, “we were going as fast as we could.”

They went into the final stage tied for second in class, but Cox took finally took it by four seconds, with Tim Cains and his 14 year old son Seth fourth in their Peugeot 309.

“We played catch up all day after the fuel pressure gauge failed only 10 seconds into the first stage,” said Morgan after climbing 26 places overall by the end.

Eighth in class Ian/Cameron Barclay also got off to a bad start in their Darrian. “We hit a bale head on before the watersplash,” he explained. Erdinc Degirmencioglu/Keegan Rees’ Escort Mk1 completed the class. 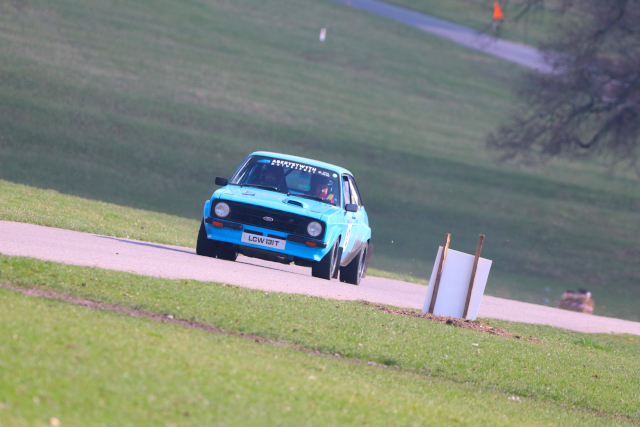 With only two contenders in Class B it was a straight duel between Matt Wheeler/Adrian Lawman’s Citroen C2 Max and the Peugeot 106 of John Petrie/Heather Phelps.

Wheeler had the edge all day and was in line for the class win overall too. “We had just got the class lead on stage six when the steering wheel almost snatched out of my hands when we changed gear, maybe the diff or electrics” he explained, before diagnosing a power steering problem.

It was still maximum points for Wheeler in the HOE with Petrie struggling for pace. “We just needed an extra 50bhp and a sequential box and I would be up there,” he reckoned.

There were six starters in Class A too but it was the Fiesta of Matt/Ade Walk to the fore all day. “We were struggling with the intercom as it was going all fuzzy.” Said Matt.

Martyn Quant/Aled Pennant’s Corsa was in second until gearbox problems put them out on stage four, which left Stephen Pritchard/Jemma Taylor’s Nova to grab the place on the final stage from Lucy Pitch/Pete Bowles’ Rover 200. “We had a misfire all day though. I think it might be an injector, but we kept trying things,” said Pritchard.